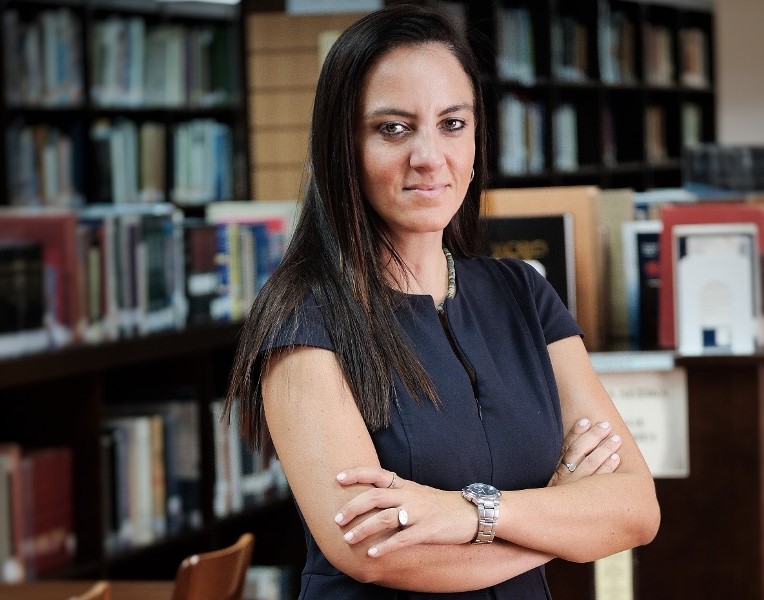 Hellenic American University President Leonidas Phoebus Koskos announced last Thursday the appointment of Dr. Themis P. Kaniklidou as Provost, effective July 1, 2021. Kaniklidou will replace Interim Provost Dr. Christine Niakaris, who will be retiring at the end of June after many years of service to the University.

Kaniklidou, who has served as Associate Provost and Director of General Education since January 2020, joined the University as a lecturer in 2008 and was appointed Assistant (2012) and then Associate Professor (2017) in Translation and Communication Studies. While continuing her teaching and her research interests in discourse analysis and communication, she held several key administrative positions at the University. For the last decade, she has been Program Director of the M.A. in Translation and Associate Director of the Ph.D. program in Language and Communication and has served as Chair of the Institutional Review Board and of the Academic Committee.

In addition to her broad experience in academic administration, Kaniklidou brings to the position first-hand knowledge of higher education in the United States. For several years Kaniklidou was visiting and part-time (2016-2017) lecturer at the University of North Carolina at Charlotte and visiting scholar at Rollins College (Florida). She also chaired the standard on educational effectiveness and student success in preparation for the University’s 10-year reaccreditation by the New England Commission of Higher Education in 2017.

In his letter to the University community announcing the appointment, President Koskos noted that “Dr. Kaniklidou has proven herself to be a highly respected academic leader whose support and loyalty to all constituencies of the Institution have been evident in her everyday activities.” He expressed his confidence that in her new role as member of the University’s Executive Administration she would contribute to the institution’s growth and help “achieve its goal of being a leader and innovator in higher education.”

In describing her vision of higher education today, Kaniklidou speaks of the need for “a student-focused education of creativity, with opportunities for innovation and self-actualization” and underscored the importance of “equipping students with relevant, expert knowledge but also helping them cultivate ethical values and critical reasoning skills that will never grow old.” Among her priorities for the coming academic year are faculty development, curricular planning, and the institutional self-assessment that the University will conduct for the fifth-year Interim Report it submits to its accreditor, the New England Commission of Higher Education.

University Receives Grant from the Terra Foundation for American Art

Hellenic American University has received a $25,000 grant from the...